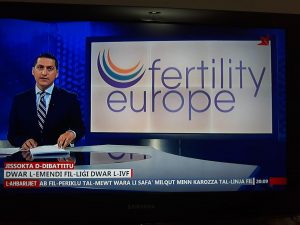 Present MAR practice in Malta is regulated by the Embryo Protection Act from 2012. The bill allows heterosexual married couples or those in a stable relationship to access infertility treatment. However, the same bill reduces the efficacy of such treatment by allowing fertilisation of only two oocytes; all created embryos have to be transferred, banning embryo-freezing. All this regardless of women’s medical condition after the stimulation and ignoring the ESHRE guidelines on favouring single embryo transfer (SET).
Those regulations result in infertility patients, those who can afford it, going abroad for treatment, to the countries with a more liberal climate.

Proposed changes to the Embryo Protection Act, that are soon to be voted upon by the Parliament, present a massive step in the right direction for infertility treatment in Malta.

The most important changes include:

All those changes provoked pro-life and religious movements to protest against the new bill and use the action and language discriminating infertility patients and their rights to evidence based medicine. 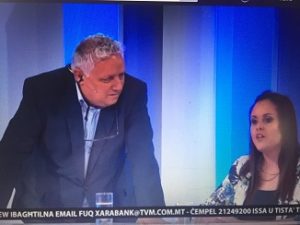 Fertility Europe issued a statement  Fertility Europe supports proposed changes to ART law in Malta sent to media in Malta expressing strong support to proposed changes in the regulations and to our member Malta Infertility Network – an amazing team of dedicated and brave women. Our statement was used by several national and local media and we are really hoping t0 contribute to improving the situation of infertility patients in Malta.

We use cookies on our website to give you the most relevant experience. By clicking “Accept All”, you consent to the use of ALL the cookies. However, you may visit "Cookie Settings" to provide a controlled consent.
Cookie SettingsAccept All
Manage consent

This website uses cookies to improve your experience while you navigate through the website. Out of these, the cookies that are categorized as necessary are stored on your browser as they are essential for the working of basic functionalities of the website. We also use third-party cookies that help us analyze and understand how you use this website. These cookies will be stored in your browser only with your consent. You also have the option to opt-out of these cookies. But opting out of some of these cookies may affect your browsing experience.
Necessary Always Enabled
Necessary cookies are absolutely essential for the website to function properly. These cookies ensure basic functionalities and security features of the website, anonymously.
Functional
Functional cookies help to perform certain functionalities like sharing the content of the website on social media platforms, collect feedbacks, and other third-party features.
Performance
Performance cookies are used to understand and analyze the key performance indexes of the website which helps in delivering a better user experience for the visitors.
Analytics
Analytical cookies are used to understand how visitors interact with the website. These cookies help provide information on metrics the number of visitors, bounce rate, traffic source, etc.
Advertisement
Advertisement cookies are used to provide visitors with relevant ads and marketing campaigns. These cookies track visitors across websites and collect information to provide customized ads.
Others
Other uncategorized cookies are those that are being analyzed and have not been classified into a category as yet.
SAVE & ACCEPT